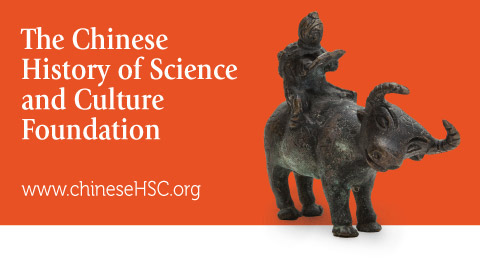 It is found on the oracle bones of the Shang Dynasty (late 2nd millennium BC), which seem to describe a lunisolar year of 12 months, with a possible intercalary 13th, or even 14th, added empirically to prevent calendar drift. The Sexagenary cycle for recording days was already in use. Tradition holds that, in that era, the year began on the first new moon after the winter solstice.

Early Eastern Zhou texts, such as the Spring and Autumn Annals, provide better understanding of the calendars used in the Zhou dynasty. One year usually had 12 months, which were alternately 29 and 30 days long (with an additional day added from time to time, to catch up with "drifts" between the calendar and the actual moon cycle), and intercalary months were added in an arbitrary fashion at the end of the year.

These arbitrary rules on day and month intercalation caused the calendars of each state to be slightly different, at times. Thus, texts like the Annals will often state whether the calendar they use (the calendar of Lu) is in phase with the Royal calendar (used by the Zhou kings).

Although tradition holds that in the Zhou, the year began on the new moon which preceded the winter solstice, the Spring and Autumn Annals seem to indicate that (in Lu at least) the Yin calendar (the calendar used in Shang dynasty, with years beginning on the first new moon after the winter solstice) was in use until the middle of the 7th century, and that the beginning of the year was shifted back one month around 650 BC.

By the beginning of the Warring States, progress in astronomy and mathematics allowed the creation of calculated calendars (where intercalary months and days are set by a rule, and not arbitrarily). The quarter remainder calendar(traditional Chinese: 四分曆; simplified Chinese: 四分历; pinyin: sìfēnlì), which began about 484 BC, was the first calculated Chinese calendar, so named because it used a solar year of 365¼ days (the same as the 1st-century BC Julian Calendar of Rome), along with a 19-year (235-month) Rule Cycle (Chinese: 章; pinyin: zhāng) , known in the West as the Metonic cycle.[1] The year began on the new moon preceding the winter solstice, and intercalary months were inserted at the end of the year.

The two oldest printed Chinese calendars are dated 877 and 882; they were found at the Buddhist pilgrimage site of Dunhuang; Patricia Ebrey writes that it is no surprise that some of the earliest printed items were calendars, since the Chinese found it necessary to calculate and mark which days were auspicious and which were not.[3][4]

Ever since then, there're over 100 official calendars in Chinese which are consecutive and follow the structure of Tàichū calendar both. In the Dàmíng Calendar released in Tiānjiān 9(Chinese: 天监九年, 510) of Liáng Dynasty, Zhǔ Chōngzhī introduced the equation of equinoxes. Actual syzygy method was adopted to decide the month from the Wùyín Yuán Calendar, which released in Wǔdé 2(Chinese: 武德二年, 619) of Táng Dynasty. The calendar calculation use measured data completely from Shòushí Calendar, which released in Zhìyuán 18(Chinese: 至元十八年,1281) of Yuán Dynasty.

Modern Han Calendar
In the Book of Time Conformity(traditional Chinese: 時憲書; simplified Chinese: 时宪书; pinyin: Shíxiàn Shū), the ecliptic longitude is introduced and adopted to determine the solar term. The Shíxiàn calendar was developed by the Jesuit scholars Johann Schreck and Johann Adam Schall von Bell from 1624 to 1644, and released in Shùnzhì 2(1645) of Qīng Dynasty. The calendar was used from the early Qing period continued into the modern era.

Before 1929, the Han calendar was calculated by the Central Observatory (formerly the Imperial Observatory) in Beijing using Beijing local time(UTC+7:45:40). From 1929 to 1949 it was calculated by the Institute of Astronomy in Nanjing and since 1949 by the Purple Mountain Observatory outside of Nanjing using Chinese standard time(UTC+8). But, most public calendars relied on the old Long-term Calendar(traditional Chinese: 萬年書; simplified Chinese: 万年书; pinyin: Wànnián Shū) last published in 1910 using Beijing time until they were forced to adopt the official traditional calendar after 1953 in mainland of China, after 1978 in Hong Kong, and after 1989 in Taiwan.

But, the moon phases, and tidal phenomena is much easier to reckon in the Han calendar, such as spring and neap tides, fall on approximately the same day in each lunar month, and the times of high and low water and the tidal streams experienced in a certain location on a certain day of the lunar month are likely to be similar to those for the same place and lunar day in any month. For many years, therefore, mariners in East and South-East Asia have related their tidal observations to the Chinese calendar, so as to be able to provide quick, rule-of-thumb approximations of tides and tidal conditions from memory, based on the day of the Lunar month, without needing to refer to tide tables. Certain inshore passages on the China coast, for example, where there are strong tidal streams associated with spring tides, were regarded by mariners to be passable on certain days of the lunar month, and impassable on others.

The Han calendar remains culturally essential today. For example, most of the traditional festivals, such as Chinese New Year and the Mid-Autumn Festival, occur on new moons or full moons. The Han calendar, as an element of traditional culture, has much cultural and nationalistic sentiment invested in it. The Han calendar is still used in the more traditional Chinese households around the world to pick 'auspicious dates' for important events such as weddings, funerals, and business deals. A special calendar is used for this purpose, called the Imperial Calendar(traditional Chinese: 皇曆; simplified Chinese: 皇历; pinyin: huánglì), which contains auspicious activities, times, and directions for each day. The calendar follows the Gregorian dates but has the corresponding Chinese dates. Every date would have a comprehensive listing of astrological measurements and fortune elements.

Other traditional East Asian calendars are very similar to if not identical to the Han calendar. Japan adopt her own tradition calendar which follows the algorithm of Táng dynasty; Korea and Vietnam adopts the Han calendar except that Vietnam substitutes the cat for the Rabbit in the Chinese zodiac.

(originals, not reprints)
In chronological order of publication